Whether as patients or healthcare workers, it’s easy to overlook the origins of the drugs used to treat common diseases. In the era of recombinant technology and generally complex ways to design, test and use medicines, it’s refreshing when a drug crosses our path which is derived from nature in a simple yet brilliant way. Now, there are countless examples of these stories described in scientific literature, as well as within the mainstream media. Below are a few examples which I found particularly memorable.
I distinctly remember during my pharmacology final oral exam in medical school being asked a question. It was the very last question which the examiner asked me, and I was taken slightly aback by how simple it was yet how little I had thought about it before. He had grilled me for a good fifteen minutes about angiotensin converting enzyme inhibitors, a class of drugs used for treating hypertension among other conditions. Then, as I felt the exam drawing to a close he asked ‘How were ACE inhibitors discovered?’. Now, for a pharmacy student this question would be no problem at all, as they focus a lot of their time in studying how drugs are derived and synthesized. For me however, being immensely preoccupied with a wide range of subjects, the more clinical aspects of medicinal use being just one of them, it was something which I had hardly ever thought of.
ACE inhibitors were derived in the 1960s from the venom of the Brazilian pit viper, Bothrops jararaca. The venom leads to a severe drop in blood pressure by blocking the renin angiotensin aldosterone system. It is noteworthy that this selective mechanism of action means that ACE inhibitors may not be effective for everyone in terms of lowering blood pressure. However, the drugs have several other benefits including protecting the kidneys in diabetes and improving heart function in patients with heart failure.
Another interesting drug discovery story is that of exenatide , an anti diabetic agent licensed for use in 2005. This drug was isolated from lizard (Gila monster) saliva and has been shown to stimulate insulin release from the pancreas. Unlike other drugs with the same action, exenatide only increases insulin secretion when glucose levels are high and therefore does not lead to hypoglycemia. It also has numerous other beneficial effects including promoting weight loss.
My favorite, however, is the story behind a new thrombolytic treatment for stroke. The drug, now called desmoteplase, is derived from the saliva of the vampire bat Desmodus rotundus. This new drug is still in the testing phases of development (phase III trials), but has already shown great promise. It stays in the body for a longer time than other thrombolytics, is more selective in its action and does not lead to neurotoxicity. It is possible that it may represent a breakthrough in the treatment of stroke, which is currently a highly debated and complicated issue. 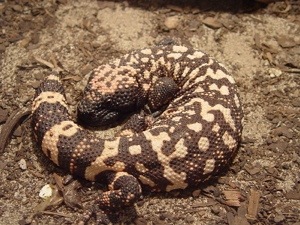 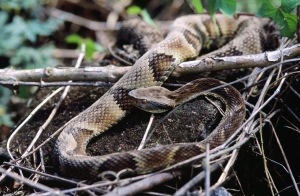